I picked up a bottle of this on a whim in a "mix-and-match your own six pack," and now I wish I'd gotten more than one. It's delicious! If you like a slightly sweet ale/lager, I recommend it!

Today I thought to get up and maybe clear out the back shed, clean a little, maybe organize some... but once we started, we had to do it all. We went and bought shelves and some drywall (Barb looked at the half-finished interior of that back shed and said, "I think we should..."), a shop vac, and went to work. It's not done by a long shot (for one thing, we didn't paint it, but there is SOME amount of organization. Next we actually go through each of the boxes of books and other stored items and cull it down to fewer boxes so they will all fit on the new shelves. Then we might actually be able to USE that shed instead of just throwing junk in there.

But very tired now. Books should be the heaviest element in the periodic table.

It's a little more organized, though. Will be more so when we go through each of the boxes and clear out duplicates, etc. We did some of that when we first put them away, but goodness knows it's hard for me to put my books completely out of sight, and I kept taking out books I'd wanted to read, or wanted to re-read, and so on and so forth...

My feet are killing me. So I'm kicked back now in my jammies with a beer and a nommy sandwich.

Yesterday I made pork banh mi in the crockpot, and it made some really, really awesome sandwiches (with spicy mayo and shredded veggies). A very successful attempt. (But we have a LOT of shredded pork left.)

Also made an eggnog pie because I had almost a whole quart of the stuff left and it had about a week left before it expired, so I whipped it up with cream and chocolate and amaretto (because I only have spiced rum, not plain rum), and we'll try that tonight and see how it came out.

So there's a couple of new recipes tried. At least one has a big thumb's-up. We'll see how the other goes this evening.

photo_scavenger prompt was "Birds." I posted a number of my favorite bird pictures, but I kept forgetting about some of them, like the ones we took when we saw the hawk eating another bird (we didn't know if it was a pigeon or something else, by the feathers) on top of the phone pole across the street, or our little parrots in the park, or this little fellow: 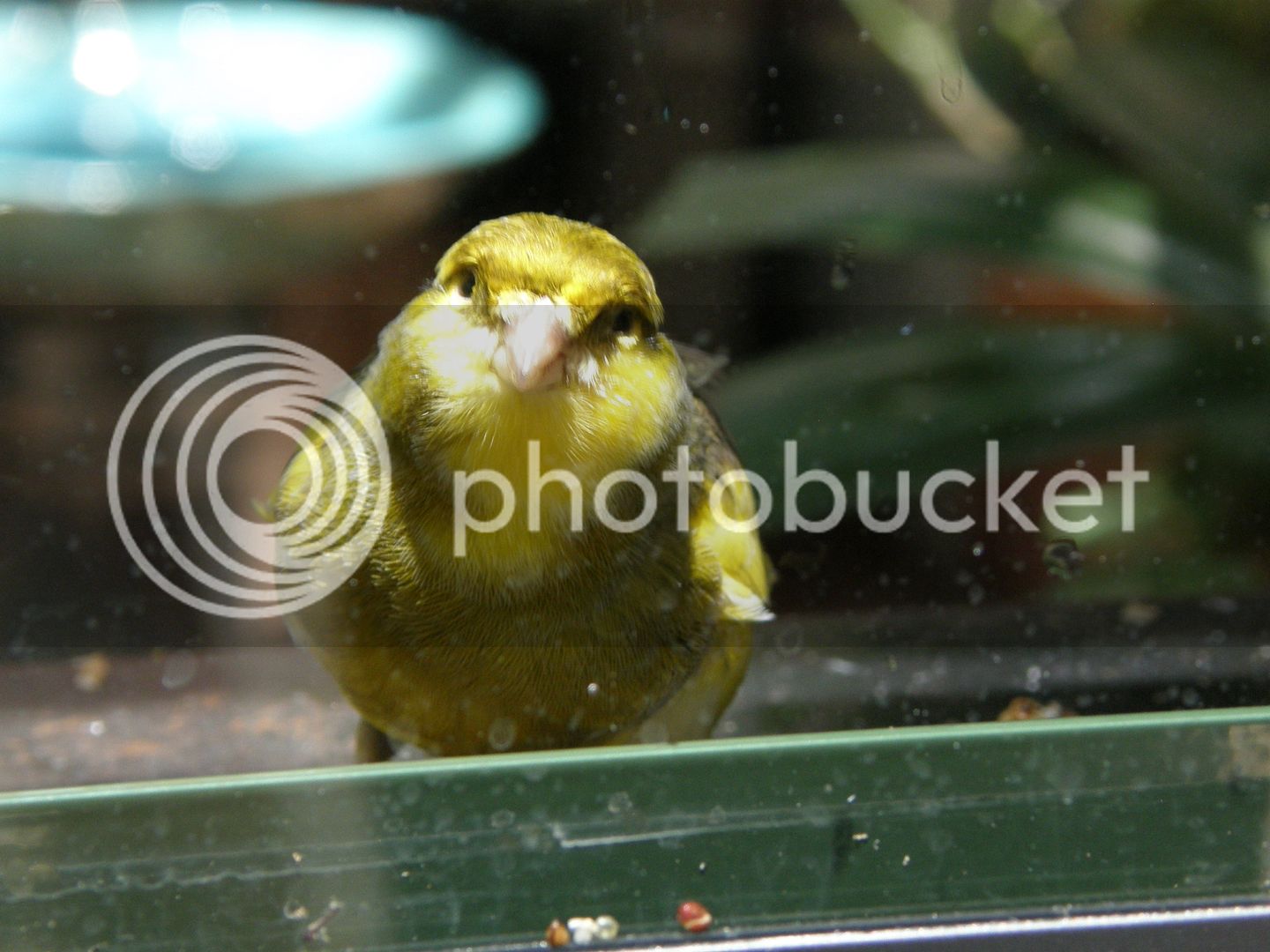 I think I like taking pictures of birds. There were a few ravens around our house today -- saw at least two, possibly three. One was a HUGE fellow on the aforementioned telephone pole who flapped ponderously away going RAWK RAWK RAWK, and then a smaller one went by making more of a "quack" sound (at first I thought it was a duck), and then another sort of in-between sized one flew by. I see ravens as good portents, so this should mean some good stuff will happen this week.

Ah, and the eggnog pie is quite yummy. Yay.
Collapse